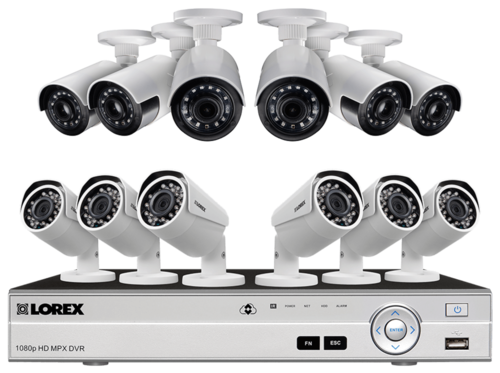 A digital video recorder (DVR) is an electronic device that records video in a digital format to a disk drive, USB flash drive, SD memory card, SSD or other local or networked mass storage device. The term includes set-top boxes with direct to disk recording, portable media players and TV gateways with recording capability, and digital camcorders. Personal computers are often connected to video capture devices and used as DVRs; in such cases the application software used to record video is an integral part of the DVR. Many DVRs are classified as consumer electronic devices; such devices may alternatively be referred to as personal video recorders (PVRs), particularly in Canada.

Consumer digital video recorders ReplayTV and TiVo were launched at the 1999 Consumer Electronics Show in Las Vegas, Nevada. Microsoft also demonstrated a unit with DVR capability, but this did not become available until the end of 1999 for full DVR features in Dish Network's DISHplayer receivers. TiVo shipped their first units on March 31, 1999. ReplayTV won the "Best of Show" award in the video category with Netscape co-founder Marc Andreessen as an early investor and board member, but TiVo was more successful commercially.

We have alliance with major brands like CP Plus, Panasonic and others to provide the best in class products: